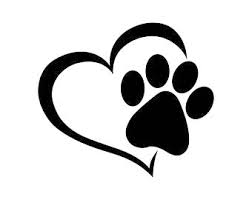 Carmelita “Carmen” Johnson, 83, of Boerne, Texas, died on July 19, 2019 in Houston. She fought cancer for more than four years, but died suddenly of an aortic dissection.

She was born in Emhouse, Texas to Ora Mae Fetty and Clifton “Red” Johnson on Feb.18, 1936.  She graduated from Aldine High School and Sam Houston University with post-graduate work at both UT Permian Basin and Texas Tech. Except for a few years teaching in Big Spring, most of her professional career was spent in corporate records management for Exxon in Houston and in Midland, where she retired in 1986. She moved from Garden City to Boerne in 2017.

Carmen was preceded in death by her parents and her sister Sharon Johnson Longworth.

Memorials may be made to an animal rescue organization or a favorite charity.

A memorial service will be held at a later time.

To plant a tree in memory of Carmelita “Carmen” Johnson, please visit our tribute store.