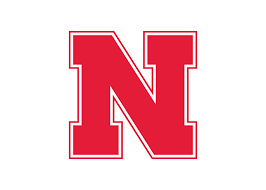 On Saturday, May 15, 2021, Christopher Michael Frost, unexpectedly passed away in his home at the age of 49. He was born on August 3, 1971 to Keith and Patricia Frost in Omaha, NE. Chris was a father, grandfather, son, brother, and friend to many.

Chris Frost had a big personality and his presence was always known. He was the loudest in the room but also the most fun and the life of any party. Chris never knew a stranger. He was able to strike up a conversation with anyone he met and was truly liked by everyone. Chris was smart beyond belief. He loved to remind those close to him that he was the “smartest man alive” and although no one would ever admit it, deep down we all knew it just might be true. Chris worked in the elevator industry where he was a member of the International Union of Elevator Constructors, Local 31 for 23 years. He earned the respect of his peers through his hardworking nature, dedication, and the pride he took in his work. Chris loved his family more than anything. He was a loving and devoted father to his two children. Chris recently became a grandfather, and with that title, he had a newfound purpose in life. He will forever be missed by those that loved him the most and those who were lucky enough to have known him.

Chris is preceded in death by his father, Keith R. Frost, and grandparents, Leroy and Nadine Frost and George and Mildred Clark.

To respect Chris’ wishes a formal service will not be held. The family is still working through plans to honor his life. If you would like details or updates please contact Cassidy Diamond at cmf.diamond@gmail.com or 281-235-6146.

To send flowers to the family or plant a tree in memory of Christopher Michael Frost, please visit our floral store.

You can still show your support by sending flowers directly to the family, or by planting a memorial tree in the memory of Christopher Michael Frost
Share a memory
© 2021 Cypress-Fairbanks Funeral Home. All Rights Reserved. | Terms of Service | Privacy Policy