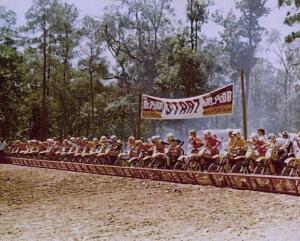 On Thursday July 16th 2020, Danny went to be with our Lord. We have no doubt that he was welcomed with open arms at the gates of heaven by his Brother Jimmy, Father Daniel, and niece Lulu Roh as well as many dear friends and family members that have gone before him.

Danny leaves behind so many loving friends and family members, more than we could ever count or list, which is an incredible blessing.

Danny was born in Morgantown West Virginia and spent much of his childhood moving from city to city as his father Dan worked his way up in his career with the loving support of Connie.  They landed in Houston in 1970 and Danny has been firmly planted here ever since. His love for music, motorcycles, math, science, computers, engineering, and most of all, his love for his family and friends have created an amazing network of people and adventures. Anyone who knew Danny was touched or inspired by him in some way. His spirit of adventure and great wealth of knowledge made the difference in countless lives. He always took the opportunity to invest in people he saw potential in and would do anything he could to help push them to be their best.

Danny would often say, “It takes a lot of work to have fun.” and he definitely provided a great example of how to put that statement into action.  From camping trips on Lake Travis to snow skiing in Colorado, and every memory in between, Danny made sure those around him had the chance to experience something fun and memorable.

Danny held many places close to his heart but none as close as his beloved Rio Bravo Motocross Track. Danny grew up riding with his younger brother Jimmy and other lifelong friends at the Legendary Rio Bravo Motocross Track. When Danny had children of his own, he would bring them to Rio Bravo to learn to ride.  In 2008, Danny got word that Rio Bravo was going to be sold, leveled out, and divided. He felt a strong tug to save this cherished track. Danny has always been a hard worker and avid saver which allowed him the ability to save Rio Bravo from closure. He first bought it to have for family and close friends but more and more people responded to what he was doing and his hobby naturally turned into a labor of love that he was able to share with thousands of people who loved to soak up the vibes of “Danny’s” Rio Bravo. It’s been a joy for his family to watch the love that has grown from this place and the true blessings of lifelong friends made there. Danny proudly had 3 generations of family on this track from Danny: himself through, his children, and now Cayden (4yrs), Danny’s first and currently only grandchild. Danny enjoyed taking Cayden on the track with him on his side by side, riding the same lines on the same track, that he once rode back in the 70’s. The smiles born at that track will remain firmly planted in the soil.

Danny’s family wants to thank each and every person who have prayed fiercely during these challenging times and supported the family from a far and close.  Your love, support, and friendship have been a blessing beyond anything they could have imagined. Danny’s family is saddened that the timing of his death is during a time in our world where we are facing a serious safety risk with the Corona Virus. Due to the large number of friends and family, the family feels it would be best to celebrate the life of Danny at a later time, date to be determined, when we can all truly gather together in love without putting people at risk. The family will be celebrating his life privately with immediate family only by cooking his favorite meal and sharing favorite stories of him. We all will all miss him terribly but will continue to keep his spirit alive in each of us by living with the best of him in our hearts. Rest in peace our beloved, until we meet again.