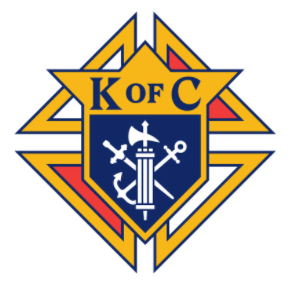 James "Jim" Franklin Gardner passed away August 11, 2021, in Houston, Texas, with his family present. The youngest of eight children, Jim was born September 30, 1929 in Joplin, Missouri, to Frederic Charles and Eva May (Dawson) Gardner. He graduated from Webb City High School in Joplin, Missouri, in 1947, then attended Joplin Junior College and Kansas State Teachers College (Pittsburg State University). His studies were interrupted by the Korean War, during which he served in the U.S. Army from 1951 to 1954. During his military service, Jim received four medals, including the Korean Service Medal with three bronze service stars.

After the war, Jim attended the University of Tulsa, where he studied marketing and joined Alpha Tau Omega fraternity. He graduated in 1956 with a Bachelor's of Science. That same year, he met Kathryn "Kathy" Yost, and they married on September 29, 1956 in Tulsa, Oklahoma.

Jim worked in both retail and commercial sales in Springfield, Missouri; Corpus Christi, Texas; and Houston, Texas. Jim and Kathy moved from Springfield to Corpus Christi in 1958. In Corpus Christi, he joined the Kiwanis Club and remained a member through the 1960s until the family moved to Houston in 1973. He was president of the club in 1969. In Houston, Jim and Kathy finished raising their five children and, in 1983, celebrated the wedding of their second daughter. In 1998, Jim and Kathy retired to La Grange, Texas, which they described as a little bit of heaven on earth.

Jim was a fine father and husband with a great sense of humor and a beautiful, baritone singing voice. When his sons joined the Boy Scouts, he volunteered to help their troops. He encouraged all of his children to do their best in every endeavor. He had an avid interest in sports, particularly the Houston Astros, and he was excited to get a replica 2017 World Series ring. Jim often took his five children to watch the Astros play at the Houston Astrodome. Jim's love of sports has been instilled in each of his children. He liked woodworking, and was adept at crafting benches and birdhouses. He was a successful gardener with an amazingly green thumb. Each season, Jim harvested a variety of fresh vegetables. He liked fishing, camping, and traveling with his family. He had an abiding love of dogs, beginning with his dog named Major when he was a young boy. Jim was also the family photographer. He meticulously created several poster-sized collages of family photos over the years.

Visitation will be August 18 at Cypress-Fairbanks Funeral Home (Houston, TX 77065) from 5 - 8 pm, with a prayer service at 6:30 pm followed by the Holy Rosary. Guests are welcome to share their memories of Jim after the services on Wednesday. The funeral Mass will be 10:30 am on August 19 at Prince of Peace Catholic Community (Harris County, TX 77070) followed by interment in Memorial Oaks Cemetery (Houston, TX 77079).

In lieu of flowers, a donation may be made in Jim's memory to the American Heart Association, Prince of Peace Catholic Community, or Friends For Life Animal Shelter in Houston.

To send flowers to the family or plant a tree in memory of James Franklin Gardner, please visit our floral store.