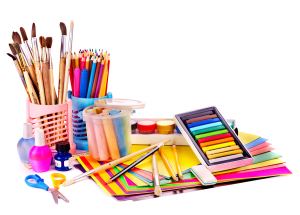 He was born in Berea, Kentucky on October 1st, 1929 to Ellsworth Douglas Lyon and Dorothy Cooper Lyon, the eldest of four children.  At age six months his parents moved to Illinois where he lived until graduating from Naperville High School, a suburb of Chicago.  He served in the U.S. Air Force during the Korean war before attending the University of Wisconsin (Madison) graduating with a BS degree in Geology. Upon graduation he was recruited by an oil exploration company - Geophysical Service Inc.(GSI) and moved to Dallas, Texas. He spent the next 19 years with GSI, working as a geophysicist, in various locations in the U.S. and subsequently overseas including Bolivia, Venezuela, Brazil, Iran (Persia at that time) and Lebanon.  It was while he was based with GSI in London in 1966 he met the love of his life Philippa, who herself had recently arrived in London from her native Dublin, Ireland.  After a whirlwind romance of six weeks they were married. Two years later Jim was transferred to work in South America and in a period of three years they lived in Bogota, Columbia; Lima, Peru (where their daughter Jennifer was born) and Quito, Ecuador.  He returned to the Corporate office in Dallas and while living there, their son Kevin was born.  Jim was recruited by Globe Universal Sciences (GUS) to manage their operations in Algeria so the family moved to Algiers for two years.  On returning to the U.S. they settled in Houston where they have lived for almost 43 years.  In those years Jim was either an employee or consultant to a number of companies including Hamilton Brothers and Torch Energy.

Jim considered his proudest accomplishment his family, whom he loved dearly.  He dealt with adversities in his life but bounced back as good as new and never complained.  He was the pillar of our family and a smiling, funny and charming man, loved by family and friends alike.  He survived so much and finally passed peacefully at the age of 90. Rest in peace Jim.

Jim is survived by his beloved wife of 54 years, Philippa, (nee Quinn) his daughter Jennifer; son Kevin and his wife Jennifer; his stepdaughter Catherine McGonigle and her husband James and two grandchildren, Rhys and Bethan.  Also. his sisters, Jane Larsh and her husband Jack; Joanna Spence and her husband Allan and numerous family members. He was predeceased by his younger brother Edward Lyon.

To plant a tree in memory of James (Jim) Bradford Lyon, please visit our tribute store.