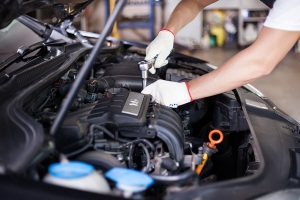 Jimmy met Brenda in the summer of 1981 and they were married September 6, 1996.  The following year they moved into their new home then Kevin arrived in 1998 making this an exciting time for them. Jimmy and Brenda were married for 23 years

Jimmy was employed by Express Jet (formally Continental Express) for 30 years as an aircraft mechanic, where he made many friends over the years.

He was an avid sports fan his favorite team was the Texans.  On game days they would put on their  Texans’ gear decorate the room with all the Texans memorabilia and prepared their game day snacks for their  private tail gate party with Kevin of course.  They would all have fun during the games.

He also loved college football and would watch as many games as he could find often at the same time.  He always rooted for the Texas teams.  He kept up with the University of Houston and would notify his mother in law who was also a Cougar fan of the date, time and channel of each game.

Jimmy was a kind and loyal Christian man and will be missed by all who knew and loved him.