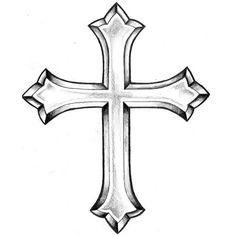 A celebration of life (with reception following) will be held on Thursday, October 14th at 11 AM at the Cypress campus of Houston’s First Baptist Church located at 11011 Mason Road, Cypress, Texas 77433.

Paul attended Robert R. Lee high school in Baytown, Texas and attended 2nd Baptist Church in Highlands, Texas where he meet Judith “Judy” Dietz.  They met the summer of their 10th grade year.  Judy knew right away that Paul was going to be hers and that he was the cutest boy she had ever seen.  They married on July 31, 1959 and had two girls Stephanie & Julie.  The family moved from Texas to California where Paul & Judy raised their girls.  Paul was in the AC & heating business for over 30 years.  As a family they attended Palm Springs Community Church where Paul served as an elder. Paul, Judy and the kids loved hiking in the mountains, going to the beach, bike riding, boating and canoeing.

After retiring, they returned to Texas and traveled around the country in their RV.

Paul is preceded in death by his parents, Brother Jake, sister Jane and sister Molly.  He is survived by his sister Mary Sue “Susie” McCord and Brother Larry Don Dougherty, Judy his wife of 62 years, his firstborn daughter Stephanie Quisenberry and her husband Sammy Quisenberry.  Their children Spencer & Ellie.  His second daughter Julie Parra and her husband Lance Parra.  Their daughters Ryan, Danielle, & Caroline.  As well as many nieces & nephews.  Paul has five grandchildren and ten great grandchildren.

Paul requested to be cremated and his ashes spread at an undisclosed location.

To send flowers to the family or plant a tree in memory of John Paul Dougherty, please visit our floral store.