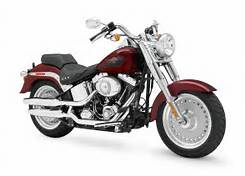 Marion “Mickey” Luther Smith, 71, passed away on Friday, October 18, 2019 in Houston, Texas. Marion was born July 23, 1948 in Philadelphia, Mississippi and grew up in Chicago, Illinois. He was a son, brother, husband, father, friend, and beloved Pawpaw to his grandchildren and great grandchild.

Marion lived life the way he wanted, followed his own rules, and believed he was always right. No matter how well or how long you knew Marion, I guarantee one of the first things you learned about him (even before knowing his name) was that he was a fighter. He would always tell the story of how he came into this world fighting for his life. It was one of those “underdog” stories where, despite incredible odds stacked against him, he survived. Marion would proudly tell every single nurse, doctor, church member, family, friend and anybody else that would listen how he was born prematurely at 7 months, weighed only 1 1/2 pounds, and that doctors told his mother he was not going to make it and if he did somehow survive, he would be severely mentally challenged. If you’re questioning the numbers or simply trying to figure out how this is even possible, then welcome to the club because Marion lived a life full of “the impossible.”

Later, Marion would drop out of school after completing the 10th grade to start working and helping his family make ends meet; however, this meant he had to grow up fast and get his education from the tough streets of Chicago, where he confessed he often found trouble and used his fists to deal with it. Almost four years later in 1967, Marion briefly joined the United States Army before being honorably discharged.

Marion spoke of his relationship with his father as being one plagued by tragedy. He had admitted their relationship was mostly not a good one, but from him he developed a lifelong love and hobby for cars and motorcycles. Marion claimed he learned to drive a stick shift when he was just 8 years old. Well, anybody who has ever rode in a car with him, would probably say he never really learned to drive at all because before he lost his eyesight he was downright scary to drive with. He shifted gears hard and choppy and when he drove an automatic, he still used 2 feet to drive....left foot break, right foot gas.

Marion was a talker! He could talk for hours about nothing, so when given the chance he would talk for days about anything! He often talked about his “girls” referring to his beloved dogs: Peaches, Sugar, and Spice. He  would frequently reminisce upon the “good ole days” and would tell stories about his childhood, his close bond with his brother Darrell and mother Hazel, and how much he loved them both. Those “good ole days” were filled with cars and motorcycles he bought and fixed, and the girls he dated with each of them. Marion “Mickey,” a self-professed ladies man with his nice cars, tall and lanky physique, thick glasses, with long curls or a perfectly picked afro, and one bad to the bone attitude.

From his first marriage, he discovered the true, genuine love a daughter has for her father. She was his leading lady, always by his side and partner in crime. Marion’s daughter Violet was born in 1977 and when he divorced his first wife, he and Violet were inseparable. Around 1979-1980, Marion’s fast driving and motorcycle riding would land him in the hospital for a year recovering from an accident that injured his leg. It’s here where he met the love of his life and his wife of 38 years, Juanita. She was a nurse, but not his nurse, working in the hospital. Soon after discharging from the hospital, Marion asked Juanita on a date. He said she agreed to meet him somewhere since she didn’t know him well enough to get in a car with him. Marion charmed her that one morning over breakfast at McDonald’s and they never looked back! Together they had 3 more children, Elvira, Mickey and Melissa.

Over the years and while living in Houston, Texas since 1981, Marion worked various jobs including Arbitration at Big-H-Auto Auction where he retired in 2005, at the age of 57. He continued to fight and beat the odds in life when he suffered a brain injury due to another motorcycle accident in 2011. He kept fighting! From there, he fought for years to recover and be able to drive his motorcycle again which he did until 2018  when a fall and a second brain injury escalated the loss of his eye sight. Still, he kept fighting! Unable to drive or ride a motorcycle, unable to see, with chronic back pain and an unwanted swagger in his step, he was still able to achieve something he never believed possible. He became a member of a church that welcomed him with open arms and gave him the chance to find peace and forgiveness that he continued to struggle with in life. Marion came into this world fighting, and kept fighting throughout his life until the day when he was no longer the “underdog” and for once let those who loved him most fight for him. Surrounded by his children, grandchildren, and his Juanita, Marion Smith passed away pain free, with perfect vision, and deeply loved.

Marion is preceded in death by his father Leroy Smith, mother Hazel Estes, his grandson Michael Gaddis, his beloved fur baby Peaches, and many aunts, uncles, and cousins.

A Funeral Service in memory of Marion “Mickey” Smith will be held on:

*The Service will begin at 10:00 AM, led by Pastor Barnard

funeral home and travel to his final

The Burial Service is immediately to follow at 11:30 AM and will be held at: