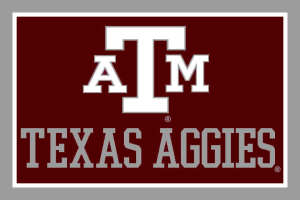 Michael Douglas Hess, 69, of Houston, Texas passed away April 20, 2020 surrounded by his loving wife and children.

Mike was born on September 28, 1950 in Brantford, North Dakota to Patricia and DeVern Hess. He grew up working on family farms throughout North Dakota before moving to Minnesota for school. While in Minnesota he worked as a radio DJ while also working at the local power plant. The power industry led him all over the United States but it was a job in Victoria, Texas where he met the love of his life, Gloria Arriaga.

Mike and Gloria married on August 8, 1983 and shared 36 wonderful years together. They loved adventure and lived in 6 different states before returning to Texas and settling down in Bryan, right outside of College Station. Mike ensured they found a house on the local golf course so he could easily play a few rounds whenever he wanted. He also enjoyed the weekly poker game with friends and tailgating at Kyle Field before a Texas A&M Aggies game.

Eventually, work led Mike, Gloria and their daughter’s, Megan and Anna, to Houston, Texas. They settled in a small neighborhood where they met lifetime friends they still enjoy the company of today. He built the girls a pool and the Hess backyard was often the hip spot with all the neighborhood kids coming over to ask Mr. Mike if they could swim. Mike and Gloria later welcomed a son, Zachary, while living in Houston. They also joined Bear Creek United Methodist Church where Gloria will continue to be an active member.

Mike was most happy when his children and grandchildren were gathered at his house. He loved gathering around the dinner table and always wanted to be responsible for the main course. His specialties were steaks, ribs and bison burgers and enjoyed pairing any of these with a glass of red Hess wine. During the fall, he always loved to have the children over for a weekend of sports. His favorite football teams were the North Dakota State University Bison, Texas A&M Aggies and the Minnesota Vikings. His favorite holiday was Thanksgiving and he always ensured he was the one to cut the turkey. Although Mike was never a big-time shopper and tried to avoid Christmas shopping at all cost, he was still the biggest spender in the house – always wanting to ensure his family had what they wanted.

He retired in 2018 but continued to do consultant work until he fell ill. He enjoyed the opportunity to travel and spend time with co-workers who he’d been friends with for decades.

Mike is preceded in death by his parents, Devern and Patricia Hess.

He is survived by his wife, Gloria; his daughter and son-in-law, Megan and Dalton Bock; his daughter and son-in-law, Anna and Taylor Madden; his son, Zachary; and three grandchildren, Ava Lara, Ziegen Bock, and Weston Bock. Additionally, he is survived by his brothers and sisters-in law, Tim & Marlene Hess, Steve & Pam Hess, Rob & Julie Hess, as well as numerous nieces and nephews.

A memorial service will be planned for a later date.

To send flowers to the family or plant a tree in memory of Michael Douglas Hess, please visit our floral store.

You can still show your support by sending flowers directly to the family, or by planting a memorial tree in the memory of Michael Douglas Hess
Share a memory
© 2020 Cypress-Fairbanks Funeral Home. All Rights Reserved. | Privacy Policy | Terms of Service