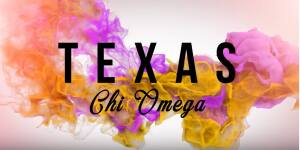 Our precious Mother and Grandmommie, Patsy Lou Barton, 90, of Dallas, Texas passed away peacefully and entered into the presence of her Lord and Savior Jesus Christ on Christmas morning, Friday, December 25, 2020. She was born on Easter Sunday, April 20, 1930 in the oil and cattle ranching town of Midland, Texas to parents Mittye Lydia (Ingham) and Louie Albert Arrington.  Patsy Lou grew up in Midland where she attended public schools and graduated from Midland High School.  She was on the tennis team and was a cheerleader. She then attended a Christian College for girls for one year in Columbia, Missouri and then transferred to the University of Texas in Austin where she was a member of Chi Omega Sorority.  She majored in Voice and was an exceptional soloist and loved singing for many special weddings and events. She moved home after several years at the University of Texas and worked for Superior Oil in Midland, Texas.

The following summer, she visited one of her roommates from Ft. Stockton, Texas and was introduced on a blind date to the love of her life, Dorbandt J. Barton (affectionately called Bart). He was attending Texas A&M at the time and playing football and was also in the Corp of Cadets. She was working in Midland and went by Greyhound bus to meet him in San Angelo, Texas to attend the West Texas A&M Club Christmas Dance. It was there that Bart asked her to marry him and she said “Yes” even though he still had to finish college at Texas A&M. They had a true love story and complete adoration for each other. Even though her given name was Patsy Lou, he affectionately shortened it to Pat. When Pat met him, his boots were to the knees, hand-made by Leddy’s and yellow (the color fascinated her) and always worn with his jeans.  They were engaged for one year and then married on June 23, 1951 in Midland, Texas at the First Christian Church and honeymooned in Colorado Springs, Colorado. Following their wedding and Bart’s graduation from Texas A&M, he received orders from the Air Force and they moved to Mineral Wells, Texas where they lived for six months. After receiving further orders to go to Hawaii, they resided at Hickam Air Force Base in Honolulu, Hawaii where he served as a Special Services Officer. Two years later, their life took them to Bart’s hometown of Ft. Stockton, Texas where they managed the town pool and Bart became the high school football coach. Years later after a move from Lubbock, Texas, they settled in Dallas where Bart worked for Hercules Powder Company and Claydesta Communications and Pat worked as a secretary for the Col. Coleman Law Firm in Garland, Texas. They spent 35 years together until Bart’s untimely death in 1986. According to her, he was “Oh, so handsome and was, until an early death took him from us”. Following Bart’s death, Pat worked and retired at 70 as a secretary for the True & Sewell Law Firm in Dallas.

Her biggest sources of joy and enormous love were being a loving and devoted wife, a spectacular mother, doting grandmother to 4 and great grandmother to 2-all of whom called her “Grandmommie” and “GG”.  She was an avid and excellent bridge player and was a fierce competitor at it as well. She loved playing cards and games with all of her grandchildren and great grandchildren.  She was known by all for her best fudge and chocolate sheet cake ever.  She was widowed at 56 and never a day went by that she did not find joy. She had a strong faith and was a member of the First Christian Church in Dallas.  She was a true inspiration to all and had an uncanny zest for life.  She helped others who were less fortunate and had a funny infectious laugh and great sense of humor. She had a love of all animals and in particular, her horses, Misty and Mink.  She was a great barrel racer and won many trophies in her mid years.  She was also the President of the Diamond Eight Riding Club.  She was a participant of many beauty contests and a winner of the title “Miss West Texas”. She was a classy lady and always liked to be well dressed for the day with makeup, hair and jewelry.  She set the table for all holiday occasions with her finest china and silver and was a great cook. She was known for her beautiful handwriting, kept up with technology and had a computer with Facebook at 90. She was an avid reader mostly of romance novels and kept a spiral notebook of all she had read and also had a great love of watching football (Dallas Cowboys), tennis and golf on TV. She taught us to take care of family and value the irreplaceable things in life.

We will miss your laugh and joyful smile, we will miss the beautiful fun memories and your enormous love for your family. You have left such a beautiful legacy for your family and you will forever be in our hearts.  We love you dearly. We truly have our own Christmas Angel.

In lieu of flowers, the family requests that expressions of sympathy may be made to the charitable organization of preference.

To send flowers to the family or plant a tree in memory of Patsy Lou Barton, please visit our floral store.