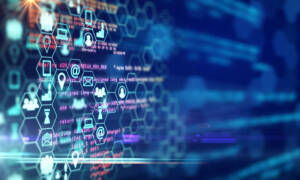 Ric Doherty of Houston, Texas passed away at his home on Sunday, April 4, 2021.

Ric was born in Wichita, Kansas.  Following his high school graduation, Ric joined the United States Marine Corps, served in the Vietnam War, and was later stationed in Japan.  After his eight years of service to our country, Ric moved to Houston.  Throughout the course of his very successful career, he owned an IT consulting company, worked at the Montgomery County Courthouse supporting their IT Department, and spent many years in management at Compaq Computer Corporation, during which time he also attained his B.S. degree from the University of Houston.  Ric was a mentor to many people in both his personal and professional life, and many people are still today reaping the benefits of his guidance.   Ric exemplified leadership and was highly regarded by his colleagues and friends as man of integrity, intelligence, and passion.

Though he is gone too soon, his life was full.   Ric was an avid traveler, and pursued many interests, including, music, art, literature, politics, sports, gambling, and wine.  Ric loved all Houston sports and regularly attended the Astros, Rockets, and Oilers/Texan games for many years.   He was well-informed and enjoyed the occasional political discussion, but his real passion was people.  Over the years, Ric forged many lasting friendships that have endured the tests of time and distance.  He had a wonderful sense of humor and enjoyed the company of friends from all aspects of life.  His spirit of generosity and love will be missed.

Rest peacefully our sweet friend - until we meet again!

In lieu of flowers, please consider a donation to your local SPCA in his honor.

Please join us for a Celebration of Life event to be held on Saturday, April 17th at 4:00 p.m. at the Cypress-Fairbanks Funeral Home located at 9926 Jones Road Houston, Texas 77065.  Casual attire.

To send flowers to the family or plant a tree in memory of Ric (Richard) Lee Doherty, please visit our floral store.