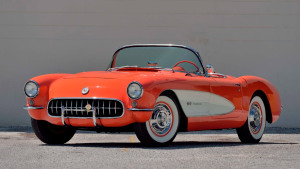 Robert (Bobby) Augustus Passmore Jr, 67, of Houston, Texas passed away on September 11, 2021. He was born on January 11, 1954 in Beaumont, Texas to the late Gus and Jeanette Passmore. As a child, Bobby enjoyed riding motorcycles and hanging out with his buddies Bruce Brodnax and Joe Rowe in his hometown of Newton, Texas. When he was younger, he really wanted his own motorcycle but his mother told him he would have to save his own money for it. Bobby mowed lawns for months until he had enough money to purchase his very own motorcycle at 12 years old. He had no license but rode that Honda 50 all over Newton, including through the plate glass window at Syler’s Pharmacy.

When Bobby was in junior high, he caught his first glimpse of a girl playing basketball at Bleakwood Elementary, Beverly Smith. The two would later meet while in the band at Newton High School. At first they were only friends as he was a long haired, popular kid that lived in town and she was a country girl that lived 30 miles away. One day on the band bus, Bobby sat down next to Beverly, held her hand and finally mustered up the courage to ask her to go on a date with him. Beverly turned him down. She knew there was no way her mother would allow her to go out with a boy with long hair. Fortunately, as he was his entire life, Bobby was stubborn. He continued to pester Beverly to go out with him until her mother ultimately agreed that she would approve as long as he got a haircut. Bobby, being the self proclaimed smart ass he was, sat down in the barber’s chair and had less than half an inch cut off his hair. When he arrived to take Beverly to the Homecoming dance, Mrs. Smith was less than pleased with him, however could not argue because he DID get a haircut. And so began a love story for the ages. The two would eat lunch together everyday and Beverly would watch him play in his band “Flagship.” They were inseparable until Bobby graduated from Newton High School in 1972 and left to attend Angelina College while Beverly stayed to finish her senior year of high school.  Although Bobby’s mother wanted him to study dentistry, he compromised and took a computer course to appease her and a welding course that he wanted to take. At this point, Beverly’s mother thought she would no longer have to worry about that long haired kid being around her daughter. A year later Beverly graduated from high school and they made plans to marry on her 18th birthday so that she would not need her mother to sign to allow the marriage. Even though he almost passed out when they did the bloodwork to obtain the marriage license, on June 15, 1973, Bobby and Beverly married in Old Salem, Texas. Their mothers celebrated the union but were disappointed in that Bobby and Beverly had both already decided that they would not have any children. That disappointment wouldn’t last long. The newlyweds bought their first home in Beaumont, Texas when Bobby began his career with Shaffer. They would move 4 more times the next year before purchasing a home and settling in Lumberton, Texas. In 1977 contrary to both of their plans, Bobby became a father when his first son Bryan was born. In 1981 they thought they had completed their family when they welcomed the twins, Andy and Brandi. Once again, God laughed at their “plans” and in 1982 Chad was born 14 months after the twins. Bobby was a loving father, although now as adults his kids laugh reminiscing about the times they would push him to his limits and he would lose his temper. Bryan, Andy and Chad have fond memories of having to hold the flashlight for their dad when he worked on a car. No matter where they held it, it was never the right place and Bobby had no problem letting them know it. Always a hard worker, he did whatever it took to support his family. In 1988, Bobby moved his family to Houston to return to work for Shaffer at the request of HL Hall. In 1994, they purchased their current home in Windsong. Bobby had worked at Oceaneering International since October 2007 as a Senior Manufacturing Technician. At work he usually had a smile on his face and will be missed by his Oceaneering Family. Bobby enjoyed restoring old cars. Some of his favorites through the years were a Fastback Mustang, an MGB, a 1980 Corvette, a convertible VW Beetle and a 1930 Ford Coupe. At one time, Bobby and Beverly also owned Harley Davidson Motorcycles and often rode with their good friends Kevin and Cynthia Dunn. Bobby enjoyed the beach, fishing and travelling. He and Beverly visited Brazil, Belize, Honduras, Mexico and many other places.

One of Bobby’s proudest accomplishments was being a grandfather to Haylee, Clayton, Nieko, his namesake Landon Robert, and Ava. “Grumpy” often cheered them on at games, school activities and always got suckered into their fundraisers. He loved taking the kids on motorcycle rides, to the gun range, fishing and teaching them woodworking. A few months ago, he and Landon designed and built a hall tree together for his daughter-in-law Ashlee.

Bobby is remembered by his friends and co-workers as a loyal friend, an attentive listener, a hard worker and a witty guy. He was known as a problem solver who was always willing to help when needed. However, everyone agrees that above all else, Bobby loved his family immensely. Beverly was the love of his life and he cherished her everyday. He was a devoted husband that made sure that she was always taken care of and that she knew how much he loved her. His love for her was extraordinary. Nothing would bother him more than seeing Beverly upset. He was so proud of his 4 kids and all that they have accomplished. He especially loved watching his adult children try to discipline his grandchildren because he felt he was getting a little bit of payback after having to raise the 4 of them. Although he had limited patience when his own children were growing up, his grandchildren could do no wrong in his eyes. He was even known to encourage their shenanigans just to get a rise out of their parents.

Left to cherish Bobby’s memory is his loving wife of 48 years, Beverly Passmore, son Bryan (Ashlee) Passmore, son Andrew (Lora) Passmore and daughter Brandi (Leonard) Maines. Bobby was known as “Grumpy” to his grandchildren: Haylee, Clayton, Landon and Ava Passmore and Nieko Aponte. He is also survived by his uncle Harold (Marie) Westbrook and his sister-in-law Charlotte McGalin. Bobby was preceded in death by his son Chad Passmore and his parents, Gus and Jeanette Passmore.

The Passmore Family wishes to thank all that have reached out during this difficult time. We appreciate all of the calls, texts, expressions of sympathy and prayers. Although we are extremely devastated at this huge loss, we have some comfort knowing that Bobby is reunited with Chad and that we will see him again one day.

Join us for the live streaming of Bobby's service

To send flowers to the family or plant a tree in memory of Robert "Bobby" Augustus Passmore, please visit our floral store.