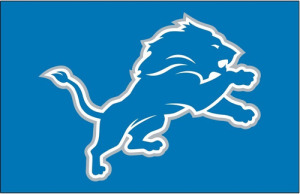 Robert George Peters, 53, of Houston died unexpectedly on June 5, 2021. His loss was completely unexpected, and the family is shocked and deeply saddened.

Robb was born on July 23, 1967, to Charles and Patricia Peters in Detroit, MI.  Living in St. Clair shores, he was the youngest of 6 siblings.  Robb was raised in the family home that was built by his father and grandfather and spent his childhood either in the yard, streets, or Lakes of Michigan.  He was raised on Love, Faith, and Family.  Attended Lake Shores High School and was passionate about sports. In 1990 he moved to Houston, Texas where he remained until his passing and considered himself a true Texan.

After moving to Texas, he married in 1993 and shortly thereafter was blessed with two daughters. His Daughters Emily Rose and Grace Marie were his two greatest accomplishments.  He loved them with all his heart, spoke of them often, and wore their names proudly on his wrists, so they were always right there with him.

He loved his boots, his cowboy hats, Miller Lite, the Detroit Lions and his Chevy truck, which always looked like new.  Always a sharp dresser down to his matching Ray-ban Aviators. Robb always dressed to impress.  Loved bright colors and would comment how everyone always loved him in his blue because it brought out his blue eyes.

Worked with many different companies over the years doing mill work, construction, door sales but finally found his niche in Sales with HD Supplies, with whom he worked for the last 17 years.

Robb also spent a lot of time with his second family at his favorite hangout Headliners Sports Bar.

Anyone who knew Robb, knew that he never met a stranger. Loved to talk politics, ran the jukebox with his favorite tunes, very opinionated, and a self-proclaimed Asshole. But to most he was the Best Friend in the world. He had an immense passion for Sports. Detroit Lions, Houston Astros, Wolverines and Spartans. Robb always enjoyed a chance to get out on the golf course and even had his personal bowling balls for playing that perfect game.

Until the last breath his love, Deborah, was right there for him.  He depended on her and spoke so fondly of her.  Although their plans were suddenly cut short their love story will continue.

Robb’s life was too short, and he will be missed by friends, family and coworkers for his Loyalty, Love, Professionalism, and Humor more than words can say.

Robb was preceded in death by his parents Charles and Patricia Peters, his Brothers John Peters and Sean Peters.  He is survived by his Daughters Emily Rose Peters and Grace Marie Peters (Lisa McIntyre-Peters), Loving Girlfriend, Deborah O’Donnell, Brother Mark Peters, Sisters Elaine Peters LaGace and spouse Steven LaGace, Amie Peters- Corzilius, 9 nieces and nephews, 12 Great Nieces and Nephews.  Best friend since diapers John Doelle and his wife Rita.  Jeremy and Lacy Tushnet whom he had become like a second father, and numerous friends too many to mention.

There will be a gathering of friends after the service at Night life in Jersey Village. 17356 Northwest Fwy, Houston, Tx 77040

Where are you going? “To Hell if I don’t change my ways!”  Oh no Robb, you are definitely not going that way, but you will be up in heaven showing everyone there how to have a good time.  Rest in Peace.

To send flowers to the family or plant a tree in memory of Robert George Peters, please visit our floral store.