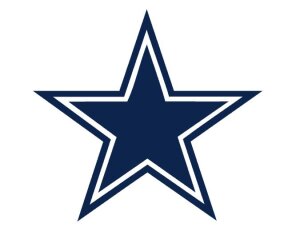 “Why waste time being upset? We have to live each moment with a smile because these are the good times.” Sean’s words were always so profound and would find a way to lighten even the darkest of rooms. Even right now, Sean would find a way to make a clever joke and bring laughter and a smile to all of our faces. Sean’s sense of humor comes from his father who also shares the gift of making the perfect joke and make everyone laugh. It’s hard to put into words the life and impact Sean has had in the world. It would take a lifetime to describe all of the good deeds and happy moments Sean blessed the world with. As his sister beautifully put it: “the true sadness of this moment is not just the pain we all feel in losing him – but the tragedy for those who didn’t get to experience meeting this incredible human being.”

Sean was a person who believed in service and he lived this even in his careers. He spent time as a teacher and worked in the medical community. Sean spent the past 5 years as an Anesthesiologist assistant. He often worked 100 hours a week because as he would say “if someone needs me then I need to be there.” His patients, his co-workers, and his students all saw him as hard working and intelligent, and as a mentor you could always count on. Despite his heavy workload, Sean would never fail to come home with the biggest smile on his face.

Sean was charismatic, charming, funny, kind, devoted, forgiving, righteous, and highly intelligent, a role model, and a hard worker. The truth is there isn’t a single positive description that Sean wouldn’t match. If there was ever anyone who lived their life right each day it was Sean. Even as a child, Sean would lecture his mom about missing even a single day of class. Sean promised his mother at a young age to be the best son he could be and when Sean gave his word it was his bond. Sean was a planner and was someone who didn’t just see a step ahead but had a way to see even the next one hundred. Whether it was being the best brother, the best son, the best husband, the best friend, or the best father he never settled for anything less than perfection.

Sean loved fishing but would always say he was the worst fisherman. He would say that after meeting his wife Elizabeth Lopez Ramirez 10 years ago, he could never catch a fish because he already had his catch of a lifetime. Despite being so young, he found an intellectual match and his soulmate. Elizabeth and Sean were the epitome of love and their story was nothing short of a fairytale. Sean had a way of making Elizabeth feel so loved. “El” or “Ellie” as Sean called her, said she could never stay upset because Sean had a way of always finding the perfect thing to say in every moment. Ellie said she would often have stomach pain because next to him there was never a moment she wasn’t laughing. Sean was blessed to have found his queen but his life and love grew even deeper when their princess Penelope was born. As Sean told his mother “I can’t imagine my life not coming home to my wife and daughter. They are my everything. I’ve never been so happy.”

Like everything he did, Sean embarked on fatherhood with full determination to be the best father and role model. Whether it was bringing laughter with Penny about who was going to get a cavity first or simply offering her a hug when she needed comfort, he always found a way to be the father she needed. Sean would often say Ellie and Penny always made even the hardest times worth it because they gave him his greatest strength. People admired Sean for always having a smile on his face and he would reply “how could I not smile, look at the great life I have been given. Look at my amazing wife and daughter. Their smiles are all I will ever need.” Sean’s kindness was furthered with his generosity. Sean was a watch connoisseur and loved to purchase a new watch from time to time. He found a way to make even purchasing a watch an experience and would joke with Ellie “time for a new purse so at least we can both feel guilty for buying something!”

Sean was born November 26, 1992. A true Thanksgiving baby, Sean is famous for always getting a birthday pie instead of a cake. He would always joke “nobody would like cake if they were blessed eating delicious thanksgiving pie like me!” We will forever honor Sean’s life and we are thankful for the lessons he taught us along the way. Let’s never forgot to celebrate the life of this amazing man and to raise a pie to him.

If you cannot join us in person for the Celebration of Life, you can via live stream

To send flowers to the family or plant a tree in memory of Sean Allan Ramirez, II, please visit our floral store.

A Memorial Tree was planted for Sean