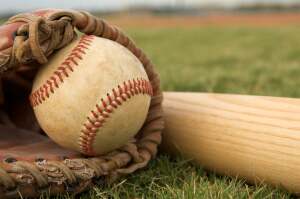 On Sunday, May 15, 2022, Tim McCallum, devoted husband, stepfather, grandfather to be and brother, was called to his heavenly father at the age of 64 after courageous battle with cancer. He was born and raised in Covina, California to Rex and Julia (Bake) McCallum on September 9, 1957.

Tim graduated from West Covina High School in 1975 and went on to serve the US Navy from 1975 to 1978.  After the Navy, he started a career in sales in sales for industrial distribution.  While working for his employer at that time they provided an opportunity to move to Texas.  Tim accepted that offer in 2002, and a few years later met his beautiful wife Eileen.  Tim had a passion for Harley’s, and enjoyed a good ride in the evenings and weekends.  He loved with all his heart, and all those around him knew it.  He enjoyed having his friends over for a rack of ribs that he smoked, or when the kids came the chicken stir-fry that was a favorite.  In those gatherings it was common to hear his favorite tunes, classic rock with a side of drums.  He always wanted to be a Rock Star playing the drums, and he has officially achieved that in Heaven.

Left to cherish is memories is his wife of eleven years Eileen, stepsons Brian (Christine) Jack, and Trevor “TJ” Jack, stepdaughter Missy (Ryan) Bailey; grandchildren: Mina Jack arriving in July 2022 and Nate Bailey arriving in October 2022; brother Steve McCallum of California; sister Kathy McCallum of California, and numerous friends, nieces and nephews.  He is preceded in death by his mother.

He is gone but never forgotten, leaving his loving memories in our hearts forever. Rock on Rock Star! Until we see you again.

If you cannot join us in person for the service, you can via the live stream at https://view.oneroomstreaming.com/authorise.php?k=1652898294184910

To send flowers to the family or plant a tree in memory of Tim McCallum, please visit our floral store.

A Memorial Tree was planted for Tim