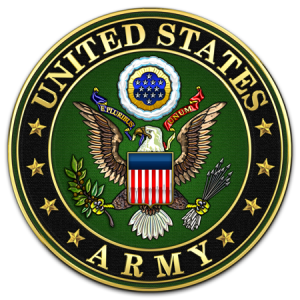 William Emerson Roach, 93, of Houston TX, passed away, Sunday, December 20, 2020 due to complications from cancer. Just like he dealt with experiences in life, he managed his illness with strength and independence. On his final eve, he was surrounded by his wife and children, who he loved more than anything else in the world.

William was born on May 22, 1927 in Cape Charles, Virginia, the son of the late William “Billy Buck” and Mildred (née Watson) Roach. He was the oldest of 3 siblings. William (“Skeets,” as he was known) excelled at football and was a good student. He graduated from Northampton County High School in 1945; he could not wait to enlist upon graduation. He joined the Army that same year and was honorably discharged in 1948, decorated with Good Conduct and WWII Medals.

A life-long learner, William enrolled in South Carolina State Agricultural College where he met his wife and life-long partner, Gloria. He was called back for active duty for the Korean War, this time as a 2nd Lieutenant. He and his wife, Gloria transferred to Camp Atterbury, Indiana where their first child, Palemetisa (“Pal”) was born.

In 1955, William relocated his small family to Long Island, NY. He completed his undergraduate studies at Mitchel College and earned a Master’s degree in Social Work from Long Island University C. W. Post College. The couple welcomed their second child, Tamara and he embarked on a career in Social Work. William completed an assignment at the Brooklyn Navy Yard and later was appointed Chief Administrator/Affirmative Action Officer at The State University of New York – Farmingdale. William later became an Administrator at the US Coast Guard.

During the Long Island years, William enjoyed travelling with his family abroad—his favorite destination by far, was London. He rode motorcycles and was an avid golfer. William had grown up across the street from the segregated Northampton County Golf Course. Hailing from an “upstanding, colored family in Cape Charles,” William, in his youth, was granted access to the Club and would practice his swings from the bottom greens of the golf course.

In 1990, William and Gloria moved to Houston, TX to be closer to their children and grandchildren. He resumed his career with the US Government, ultimately retiring as an Administrator for the US Department of Immigration. William and Gloria were at the top of guest lists—a true conversationalist, he was well-read on a variety of topics from world affairs to politics, business and culture. The outings he enjoyed the most were with his close family, including trips to Philly and Jersey to visit his sister, Selma and her family. William and Gloria made every high school/college graduation, track meet, family reunion, holiday dinner and more. William was so proud of his children and grandchildren—he relished in their accomplishments.

In lieu of flowers, donations may be made in the name of William E. Roach to the Leukemia & Lymphoma Society at https://donate.lls.org/lls/donate.

To send flowers to the family or plant a tree in memory of William Emerson Roach, please visit our floral store.