We have years of experience caring for families from all walks of life, cultures and faiths. Our unsurpassed staff and our family provide kind, caring, professional service. Each family comes to us because they know we are leaders in our profession who are dedicated to excellence in service, adhere to the highest funeral industry standards, and have exceptional integrity. We consistently earn phenomenally high customer satisfaction survey results.

Our licensed, professional staff is here for you 24 hours a day, 7 days a week. Please call 281-897-9823 anytime. We will even come to you to make arrangements in the comfort of your home.

Prompt, compassionate service is always just a phone call away, where and when you need it. 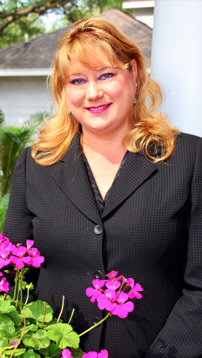 Lois Elaine Keller-Nelson was born on March 11, 1968 in Houston, Texas.  She only weighed four pounds, and her Momma said her head was the same size as a doorknob.

She was a 1986 graduate of Bellaire High School, and briefly attended the University of Houston.

Her original plan was to go on to become a physician, specifically a podiatrist.  She wanted to help people who had painful foot issues like her Momma did.  However, after she found out that she would be severely in debt at the beginning of her new career, she stopped school and worked full time for Safeway grocery store.

One night over dinner, her Momma mentioned that she should check into becoming a funeral director.  The next day, she was lucky enough to speak with a funeral director at the Settegast-Kopf Co., who encouraged her to call Patsy at Commonwealth College of Mortuary Science.  Miss Patsy invited her to come and sit in on a class, and showed her around the school.  The very next week she enrolled in Commonwealth.

After her graduation in 1988, she was employed by Colonial Funeral Home in Pasadena, Texas.  She left there to serve her apprenticeship  with Earthman Funeral Directors.  She spent most of her 13 years at Earthman’s working and finally managing the Bellaire chapel.  She was very active in the Bellaire Chamber of Commerce during those years, specifically the Leadership 20/20 Program, as well as the Greater Southwest Houston, Heights, and Galleria Chambers of Commerce.

In 2001, Lois and Jim Choate opened Cypress-Fairbanks Funeral Home on Jones Road.  They were very blessed to have over one hundred funerals in the first year.  She and all of the funeral home staff were very involved with the community, as well as the Northwest and Cy-Fair Chambers of Commerce.

Following that, Lois was employed by the Settegast-Kopf Co., and helped out at Geo. H. Lewis and Sons.  Lois went on to manage Cremate Texas, and worked at Carnes Funeral Home.

In August of 2016 she was blessed to be offered a job to manage Cypress-Fairbanks Funeral Home.  She has served on the Board of Directors for SETFDA, having gone through the chairs to become President. She has been extremely active in serving TFDA, and has chaired numerous committees and conventions on the state level.

Lois has served on the Alumni Association for Commonwealth Institute of Funeral Service, as well as being appointed in 2021 to Commonwealth’s Advisory Board.  She is also active in the North Norhill Neighborhood Association.

Lois has a menagerie of pets which include her cats, Jack and Izzie, her German Shepherd, Fiona, and thirteen Box Turtles.

She is a 1962 graduate of Mother McAuley High School in Chicago, Illinois.  Susan also  graduated in 1978 from  Duquesne University  in Pittsburgh, Pennsylvania with a degree in education.

She has also travelled to Guatemala and various countries for many years on missionary trips to serve the Mayan people.  Other missionary trips have included Nicaragua, El Salvador, Mexico, and the borders of Texas.

In her leisure time, you might find Susan eating Mexican food, or petting her beloved cat, Mango.

Christy Keller started working at the Cypress-Fairbanks Funeral home in October of 2017 as the office coordinator.  She was born and raised in Wharton, Texas and then went on to pursue a degree in business management at Sam Houston State University in 2002.  Prior to working here, she has worked with NAPA Auto Parts for ten years and ran the office for a fire protection company for fourteen years.  She enjoyed helping the families the location served so much that she got her degree in funeral service in 2019 and graduated from Commonwealth Institute of Funeral Service.

Christy lives in Katy with her husband, three kids, and their dog and two cats.  When she is not spending time serving her families you can find her at the family farm in Fedor, Buna, Yoakum, or Matagorda beach. 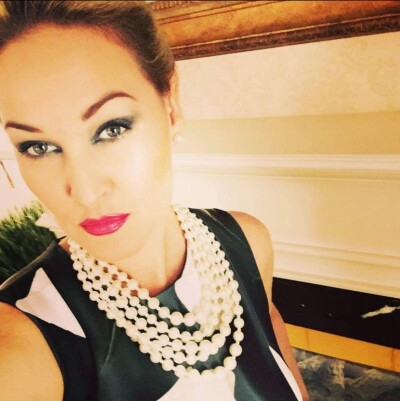 Nicole E. Quinones, funeral director and embalmer, has had the privilege of serving the community of Houston since 2008. It was in grade school that she became interested in her future as a funeral service professional. She graduated from Commonwealth Institute of Funeral Service, and for the last fourteen years she has served families in the community with respect nad compassion. As the principle embalmer of Cypress- Fairbanks Funeral Home, she allows the people we are blessed to call family, final peace of mind with precious time spent. It is only alongside the most professional and compassionate funeral home staff that this is made possible.

James started working at Cypress-Fairbanks Funeral Home in 2020.   He was born and raised in Galveston County, and he has been a part of the industry since 2008.  James started as a Crematory Operator, before advancing to dispatcher, overnight embalmer, then Finally in 2010 he graduated from Commonwealth Institute of Funeral Service where he obtained dual licensure shortly thereafter.

James lives onsite at Cypress-Fairbanks Funeral Home, with his English Mastiff Leonidas. When he is not at work you can find him flying planes at West Houston Airport, traveling, working out, riding motorcycles, working on old cars, or playing with Leonidas.

As everyone is impacted by moments in their childhood, Simona knew early, that her calling was in the funeral industry. Her Romanian culture exposed her to not only wonderful food, but to the importance of community during hard times.

Simona, her husband Steven, and their Jack Russell Lebouche moved to Houston in 2017. Originally from Chicago where they married in 2014, they spent 3 years in Los Angeles where she began her pursuit of the funeral industry.

Simona’s grandmother passing in 2021 was the final step of encouragement she needed to leave her 12 years in childcare and fully pursue her dreams. She is currently enrolled at Commonwealth Institute of Funeral Services and has found an amazing opportunity, thanks to Lois, Christy, James, and Nicole; the opportunity to apprentice with the best of the best at Cypress-Fairbanks Funeral Home.

You are welcome to call us any time of the day, any day of the week, for immediate assistance. Or, visit our funeral home in person at your convenience.